I really don't like to shop.  I know the stereotype is that women live to shop, but that isn't me.  I'm not good at picking out gifts for others and I can never find anything I like for me.  Still, this time of year, shopping is inevitable unless you're the bah humbug type who skips Christmas giving.  I love everything else about Christmas; the music, the decorations, the food, the nativity story, the heart-warming stories of generosity, the giving, Christmas books, getting and sending cards, the general good will, Santa, and even the Salvation Army bell ringer . I don't even mind the hustle and bustle of wandering through overly decorated malls. I just don't like traipsing through stores or scrolling through e-catalogs.

I did a little Christmas shopping before my surgery and in the past few weeks since I've been a little stronger one of my daughters and my husband have taken me for a few quick shopping forays.  I tire too easily to leave it until December. I even ordered a couple of things online.  I've got a good start.  In fact it has been kind of fun to shop for my two littlest granddaughters.  At one-and-a-half and two-and-a-half, they don't already have every toy I can think of and they're easy to please.  My biggest challenges this year are the five eight-to-ten-year-old boys. Then there are the teenagers and the young married couple. I love them with all my heart, but shopping for the perfect gifts for them is something else.
I seldom shop for wedding or birthday gifts anymore; a check or gift card is usually met with enthusiasm and easier for me to handle.  Gift cards are usually welcome for Christmas too, but I think everyone, especially the younger children should have the thrill of tearing into at least one wrapped present. Our family spends Christmas Eve together and that's when we exchange family presents. So I shop. But no matter how many door buster sales begin on Thanksgiving Day or how great the bargains, I won't be shopping that day.
Shop early or shop late, but let's keep Thanksgiving a day for family, food, and gratitude and allow as many others as possible to have the day with their families too.
Posted by Jennie at 9:33 AM 1 comment:

One of Those Catch Up Blogs

I'm not doing a great job of blogging regularly.  I'm much better now and I'm able to spend longer stretches at the computer, but somehow my ideas just don't wind up on my little screen.  Today I'll attempt to do a little catch up.

I've reached the point now where I'm trying out a pump.  It takes some getting used to and presents a few problems like what to do with it, where to place it, for the least nuisance when exercising, sleeping, or going to the bathroom.  Overall I'm quite enthused about it since it eliminates giving myself so many shots.  I just wish it did the testing too since my poor left hand fingers are a mass of bruises and kind of tender.  I can't use my right hand for testing since I had breast cancer in the past.  Financially, I had no idea being a "fragile diabetic" would be so expensive!

My youngest grandson was baptized two weeks ago.  He's a wonderful grandson and I'm so proud of him, not just because he took being baptized very seriously, but because he's tender hearted, has a great sense of humor, is doing great in a dual immersion school, and is so full of life and curiosity. 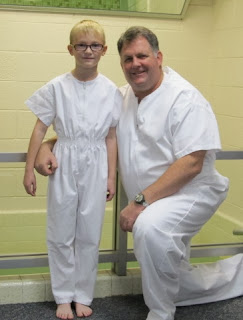 My son-in-law who was injured in Iraq has been under a lot of pressure lately and is having some problems with his heart.  He'll have to have it stopped and restarted, which is scary and involves a lot of appointments at the VA hospital.  My husband and I often watch their two-year-old while he keeps his appointments.  That's such a fun age!  She loves to go visit our neighbors chickens and geese, have tea parties with her stuffed animals, drive an old toy school bus loaded with plastic horses around the house, and she's discovered my Christmas books.  She also likes to line up her dolls and stuffed animals on the stairs or around the dining room table where she orders them to "Sit." 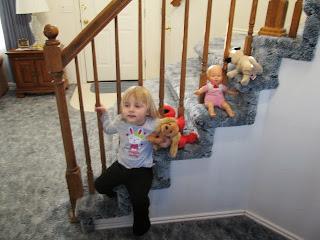 Last July we ordered a new patio door and screen from a nearby store. Getting it has been a joke.  Over and over it has been brought out without needed parts, with the wrong parts, or some part that doesn't work right.  Today we thought it was finally intact, installed and all was well.  But no.  The screen only opens from the outside.

My daughter, Janice Sperry, had a cute Christmas book published last year called the Candy Cane Queen.  She just got word this week that a publisher wants a middle grade novel she wrote.  She signed the contract and it is scheduled for next June.  Needless to say, I'm really proud of her.  Speaking of Christmas books, With Wondering Awe, which includes a true short story by me is now available in bookstores. 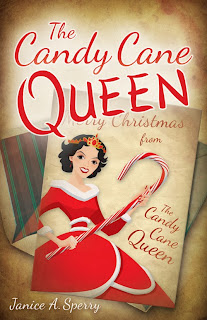 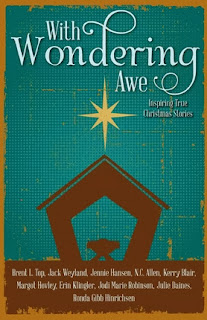 Sandwiched between Halloween and Christmas, Thanksgiving is almost the forgotten holiday. Since gift giving, other than a hostess gift here and there, is not part of the celebration and shoppers involvement is limited to dinner components , it doesn't get a big buzz from the advertising moguls.  After all how many turkeys can a family eat? Personally I'm glad Thanksgiving doesn't fit into the pattern of other holidays.  Instead of a noisy tribute to commercialism I think we each need a day of quiet reflection on the blessings granted to us.


On Face Book there's a movement many people are participating in, where each day each person lists one thing he or she is grateful for. I applaud those who are taking the time to do this.  Some people do this more privately in their journals or on their desk calendars. This is great too.  However we do it, it is good to pause, and take account of the blessings, small miracles, and kindnesses in our lives. I've undergone four major surgeries in the past year and I'm deeply grateful for the doctors, nurses, and physical therapists who got me through what would have been a death sentence or at best a miserable crippled existence just a generation ago.  I'm thankful for my family, friends, and neighbors who have been generous and kind to me and my family.  I'm especially thankful for my husband who has cooked, cleaned, and watched over me in the kindest most helpful way.  And though I don't recommend losing weight the way I have, I am thankful to be fifty pounds thinner than I was a year ago.


Thanksgiving is a good time too, to reflect on Thanksgivings past and the loved ones who no longer share our table.  I remember the Thanksgiving Day we were moving, but midway through the day Mama managed to serve us ham and beans.  I remember too, that Mama always cooked cranberries herself, no canned ones for our family and she made the best stuffing and carrot salad.  I remember the Thanksgiving I cooked the turkey, took it to my mother-in-law's house, and later placed what was left in the trunk of our car to take home.  When we reached home, we hurried five small sleepy children into the house and only emptied those things from the trunk that wouldn't fare well in the cold car overnight.  The next morning we discovered the leftovers were ruined since while we removed the few things we thought needed to be taken inside, our cat had hopped into the trunk and spent the night feasting.


We only have a couple of decorations that can be considered strictly Halloween; the rest are simply fall and harvest items.  We've just never been big about that particular holiday.  I never trick or treated as a child because my mother considered it begging and was adamant that none of her children should beg. I found costumes and trick or treating a fun adventure for small children when my own children were small, but I have no use for the creepy side of Halloween.  Therefore my decorations mostly stay in place and I add a few pilgrims, turkeys, and cornucopias.


For many people Thanksgiving Day is simply a football and "get-ready-for-Christmas" day. They wolf down dinner in front of the TV, glued to a Christmas parade or ball game.  They study the sale ads in the paper and this year they'll be able to shop all day in many stores instead of leaping into action at midnight or whenever the early bird specials begin on Black Friday. I find it kind of sad, but it's their choice.  As for me, I look forward to dinner where conversation with loved ones is as important as a delicious feast. I want to hold my tiny granddaughters in my arms and leave them with no doubts that they are loved.  I want to hear from all my children and grandchildren about school, and friends, and work.  I want to feel assured my parents would be pleased with my family.  Most of all I want to feel the peace that comes with expressing gratitude to friends, to family, and to God for the life I've been privileged to live.